Arnold had learned much from Harrison’s work, particularly the benefits of having a fast-moving balance with high amplitude. His design was simpler than Harrison’s whilst equally accurate — making it both cheaper and easier to manufacture.

It is a detached escapement which lets the balance swing undisturbed during most of its cycle except for the brief impulse period. It gives just one impulse per complete cycle, interfering with the balance as little as possible.

This was found to be the most accurate escapement for balance timepieces, and capable of keeping time to within 1 or 2 seconds per day.

The watch John used in this animation was not in fact made by Arnold, but by Owen Robinson. An important watch, it is owned by the National Maritime Museum at Greenwich.

There has been much debate among horologists about the need for oil in these escapements. To impulse the pallet in Arnold’s escapement, the full length of each tooth of the escape wheel slides along the pallet; in Earnshaw’s, only the tip of each tooth makes contact. Despite these differences in the degree of sliding action, both have been shown to run satisfactorily without any need for oil, thereby significantly improving accuracy. However without oil, wear on the Arnold escape teeth tends to increase.

One further difference of interest to horologists is that the spring holding the detent in place is in tension in Arnold’s design (i.e. in the locked position the rotation of the escape wheel is trying to pull the detent spring away from its fixing), while in Earnshaw’s it is in compression (trying to push it back). These forces are tiny and in this case have no discernible practical effect; but such minutiae can be important and are much studied. Tension is marginally to be preferred; compression carries a small risk of buckling the spring. 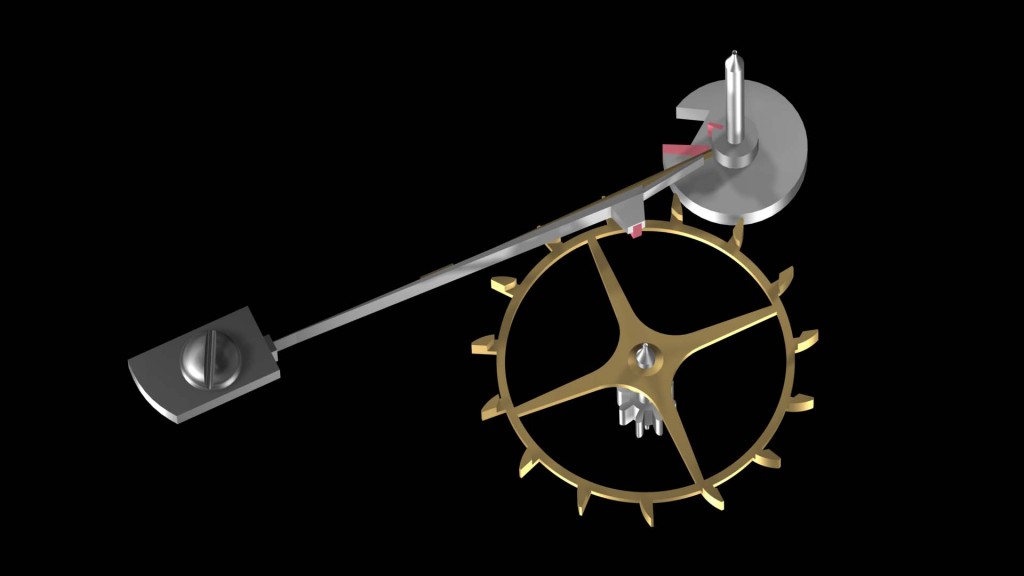 This animation was used in lectures at the Royal Society/AHS symposium in June 1993. 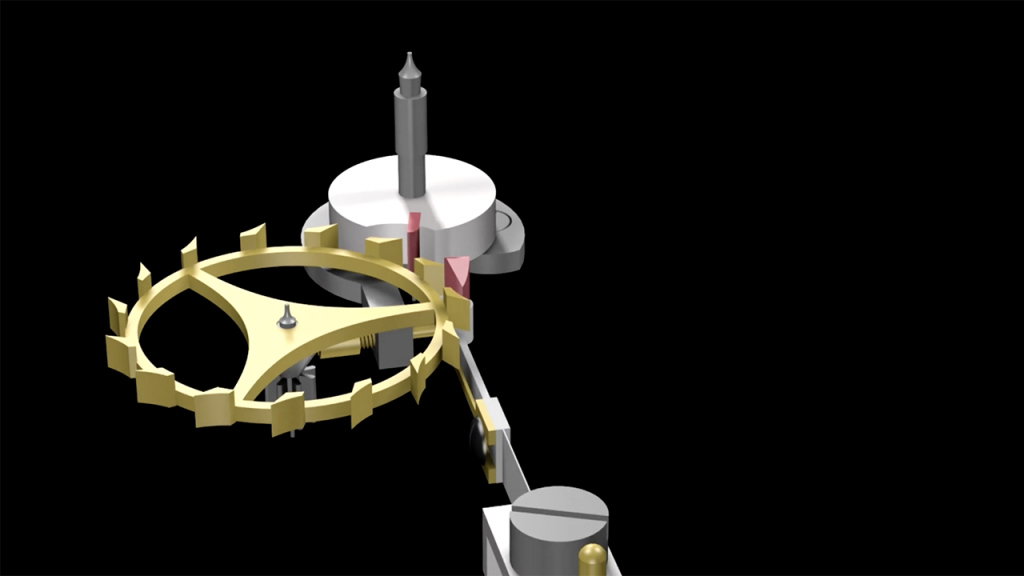 Note:
These similar escapements are shown together for ease of comparison; the Earnshaw animation has the fuller explanation which may also be helpful to an understanding of the Arnold.