To produce an animation of a timepiece, you first have to model in great detail all the parts of the movement that you want to show. Modern watches are usually developed on CAD (Computer Aided Design) systems from the start, so they already exist as accurate computer objects.

No such detailed measurements exist for older clocks and watches so the movement has to be taken to pieces and every single item measured precisely – not just length, width and height but the radius of every curve, the angle of every face, the structure of the teeth on the gears, the distance between the various parts and, if moving, their speed and trajectory of movement. The Harrison H4 contains some 400 individual parts, every one of which needs such detailed measurement. This used to take weeks of painstaking work, but with modern scanning devices this process can now be achieved more quickly.

Only when this has been done and the details fed into the CAD system and checked, can the process of animation begin.

In the early 1990s the resolution of most computer screens was only 640 x 480 pixels and the palette limited to 256 colours. Photo realism was a distant dream. Today, these early animations still do their job, but are fairly tame. However, back then they were definitely cutting edge!

Working models could be made on the computer with programs such as Autodesk 3ds Max (as it has now become) and then rendered out to film or paper. Rendering needs considerable processing power and a simple drawing could take hours to reproduce at a good resolution; even with today’s much faster and more powerful computers this is still an issue; an animation you load in seconds may still have taken many hours or possibly days for even a fast pc to generate.

But there are many steps to go through before you can start rendering the finished animation.

Like any film maker, the animator has to decide what he wants to show, and how best to show it. Many Redfern animations show a watch movement working at normal speed with parts moving too quickly for the viewer to easily understand what is going on. He will then dissolve away everything blocking your view of the item he wants to highlight, then slow the motion so that you can see the wheels turning, the escapement functioning and so on; then speeding up again and dissolving the watch parts back in so that you can grasp the object as a whole.

Colour depth has moved on of course, with billions of colours, textures and levels of transparency now available; and screen resolution has improved to the extent that computer displays are usually far superior to television screens in terms of perceived resolution. Realistic colours, textures, shadows and reflections can now be calculated in a physically correct way even as the objects move and interact.

A further layer of complexity comes when you want to take a real object – such as a watch in its case – and show it turning in space to view the overall detail, dissolve it seamlessly into a photo-realistic computer-generated interior, then close in further to show the escapement working. Cinema-quality video combined with macro-cinematography for close-up capturing of small parts can be combined with photo-realistic visualization seamlessly combining CAD software with specialist cameras and motion control equipment. This can all be seen in John Redfern’s video ‘Animating Time, 2015’. 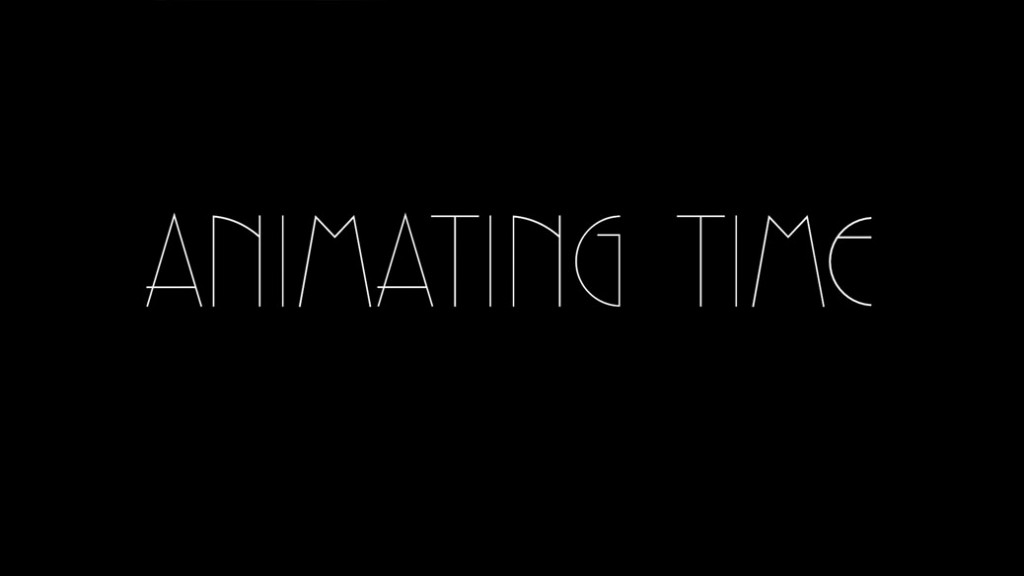 Animation is a highly technical skill, blending art and technology – and in John Redfern’s case, a passion for clarifying and explaining and a deep love and understanding of clocks.

This is animation at its very best.

John was always breaking new ground, looking for new technology that could push his animation and photography further.
He was a pioneer in animated horology and happiest when he could use his skills to educate.

Timeline – the development of animation software

The software John started with in 1988 for his technical drawings was AutoCAD from Autodesk, which was the go-to CAD program worldwide.

John used the software to make slides for his lectures, particularly on Hardy’s regulators, on which he lectured widely.

There was little else around, and as Autodesk developed their software, John developed his skills.

I first got to know John many years ago when we compared notes on the restoration of Hardy regulators. He had restored two of these regulators, the pallets of which can be extremely taxing to repair properly.

In 1989 or 1990, John met Gary Yost; Gary and a small team of programmers were working on a 3D animation program for the MS-DOS platform which they released as 3D Studio. John was enthralled and quickly became a beta tester for new ideas and developments, contributing his own ideas in the process.

This Verge animation was probably created with the beta version of 3D Studio R2.

Note particularly the animation of the spring; there was no simple way to do this in 3D Studio at the time so John would have had to split the spring into multiple parts and then hand-animate each segment. 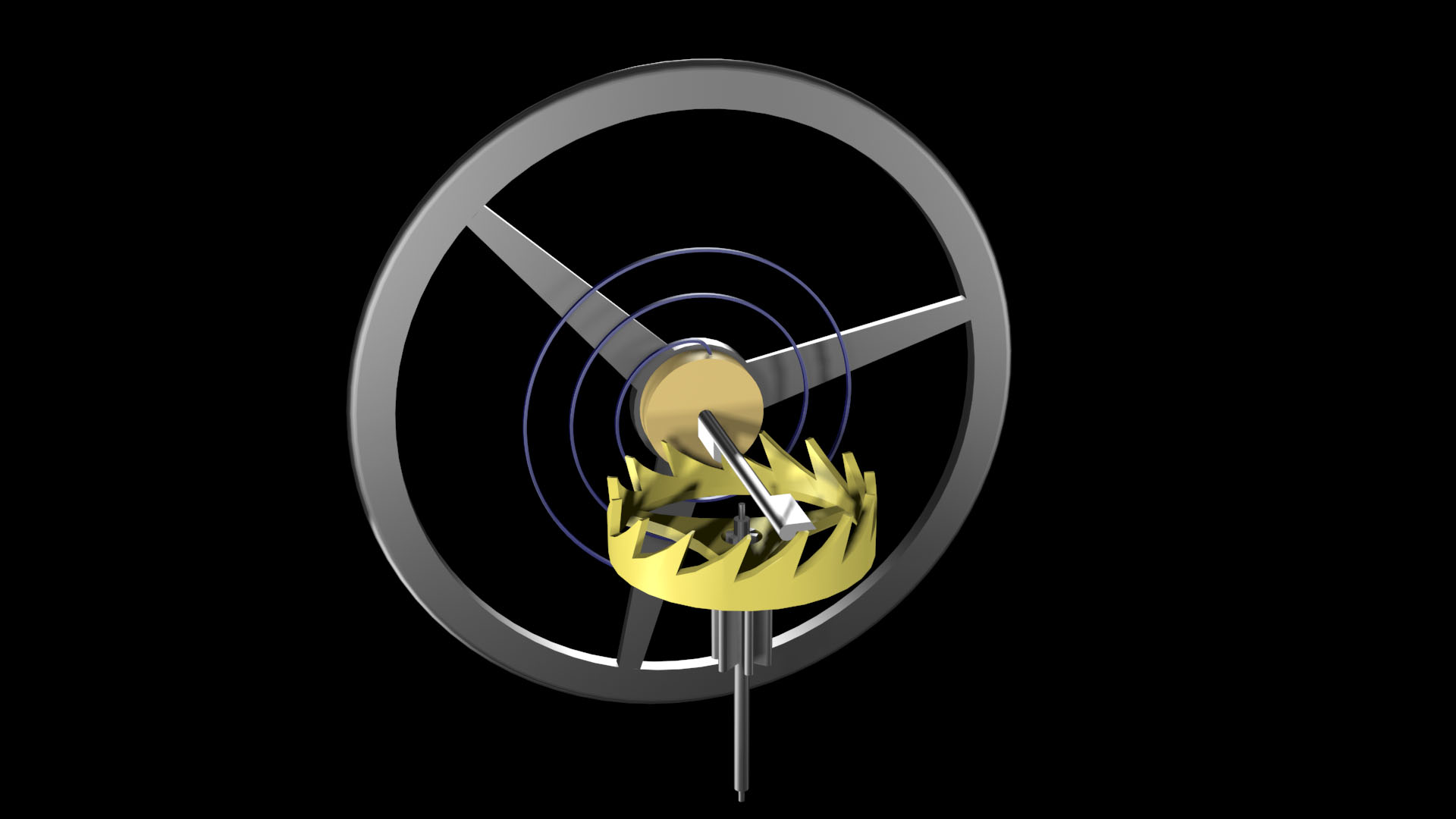 In 1992 John attended CAD/CAM ’92 at the National Exhibition Centre and showed early versions of his Grasshopper, Verge and Arnold escapement animations to great acclaim. This was featured in the Horological Journal which concluded that “One day the National Maritime Museum may stop wearing out H4 and have a much more informative Redfern video to show how it works.”

By this time his work was recognised by Autodesk for whom he became a beta tester, and by the then leading educational computer manufacturer Research Machines, who provided him with hardware.

…a most remarkable demonstration not only of the application of modern technology to the solving of problems in an ancient craft but also the presentation of this to an audience. 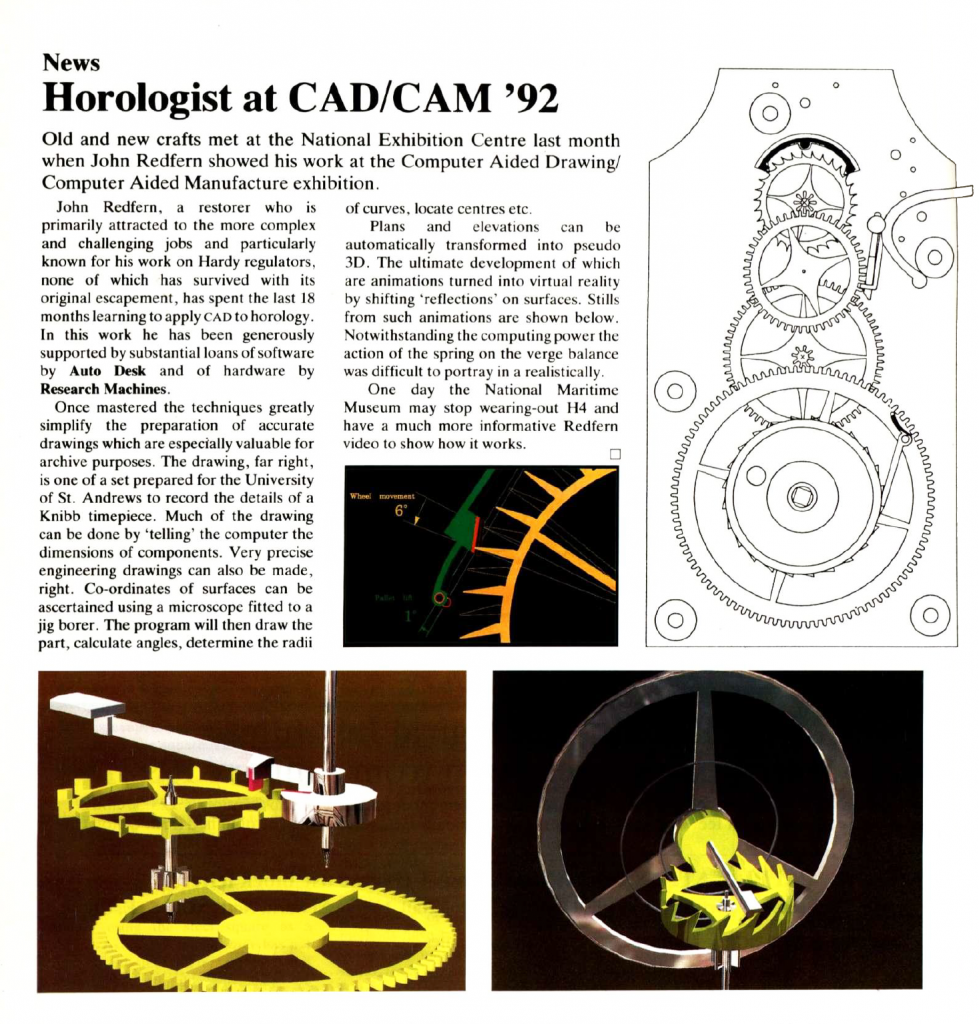 John’s animations for the Patek Philippe museum from 1998 and 1999 marked a move from the DOS-based 3D Studio to the latest Windows NT version of the software: 3D Studio Max. Released in 1996, this was a huge step forward not only in the animation capabilities, but also in the vastly improved quality of the rendering.

Another improvement was in the way that John was able to animate the springs. Eric Peterson, who was part of the core team programming 3D Studio Max, wrote a plugin to John’s specifications that allowed him to generate and animate the springs in exactly the way he needed.

In 2008 John purchased a RED ONE Digital Cinema camera and started to build a sophisticated 9-axis motion control system using the technology and components from two of the cinema industry leaders: Ronford Baker Ltd for the slides and Mark Roberts Motion Control Ltd for the rotation and control system; this made a huge difference to how John worked. He later added a second RED camera, the EPIC.

The rig meant that the camera moves were all exactly repeatable; moreover they could also be brought into 3D Studio Max by applying the camera data from the rig to the virtual camera in Max, enabling John to perfectly match movement, lighting, colour and focus. This video was an early test of his new equipment.

As John put it himself: “We can now track in, pan and rotate to fill a cinema screen with an area less than 10mm wide.  All repeatable for multiple overlay takes”. 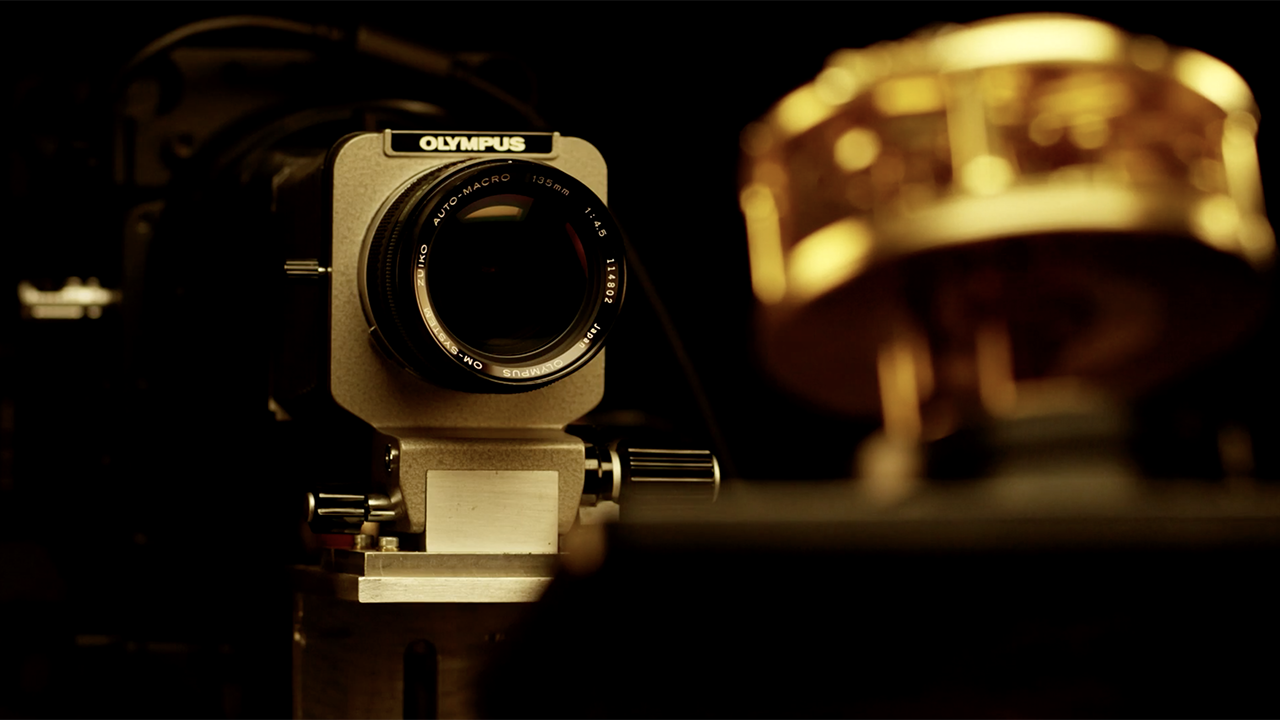 2013. This was one of the first animations where John used a new renderer throughout.

He had experimented with mental ray from the Berlin-based mental images for a while, often testing the new, more realistic look on older projects. The benefits of this new renderer included ray-tracing, physically correct light / reflections / refractions / shadows, and proper motion blur that could match the filmed segments perfectly.

But in spite of all of these new and jazzy possibilities, John stayed true to the look and feel of the timepieces. And when illustrating escapements and other mechanical devices he would continue to simplify colours and textures so as to focus on the mechanical essentials.

The downside of this improved rendering was the very much longer render times. In the early days it would take around 2½ hours of rendering to produce just 1 minute of video; twenty years later with far faster computers and vastly more powerful software, each minute could take over 36 hours and sometimes a great deal longer. 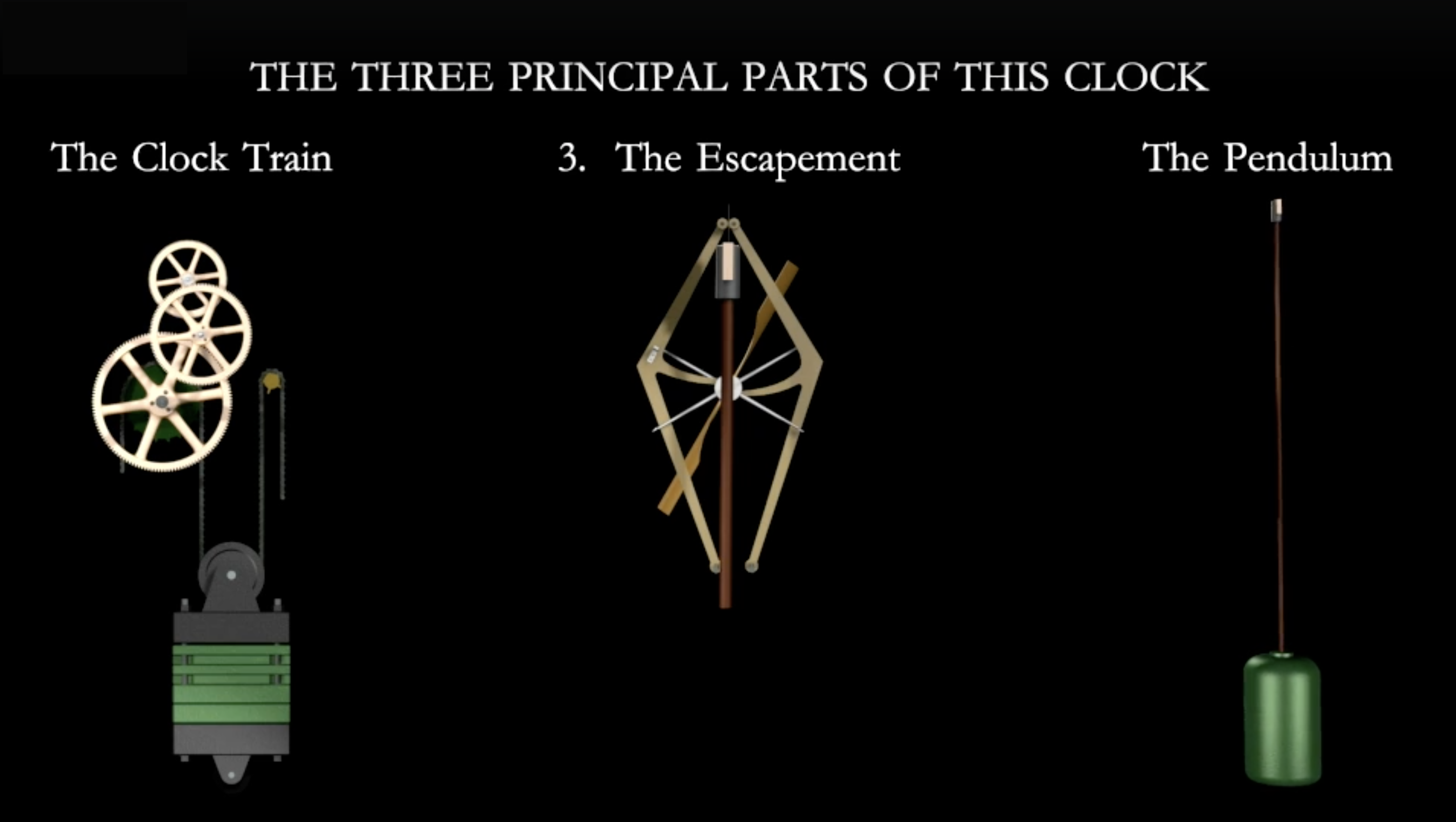 The RED One digital motion picture camera which we launched in 2008 was the first 4k digital camera. It was revolutionary, and hugely influential in moving cinema to digital. When he first saw director Peter Jackson’s test film Crossing the Line made with a prototype RED One camera, Steven Soderbergh told us: “I have to shoot with this”.

John felt much the same. He bought one without being absolutely sure of its capabilities for the detailed and highly specialised work he was doing – none of us were. But combining digital photography with digital animation had worked well for him, so adding digital filming seemed logical and he could imagine the possibilities.

John was so impressed with what he could now achieve that when we released a newer model, the Epic, John bought one of those too.

In the conversations that ensued, I learned how John was using our cameras. He described how he used them with other motion-control equipment to shoot animated films of horological antiques, or ‘Old Clocks’ as he would often call them with a smile.

His work was fascinating and I was always happy to help him solve various technical problems.  But our conversations were usually extended with a general chat about life in general, cars, the Highlands and just good fun banter.

John was a modest, humble, funny and hugely talented chap.

I haven’t seen any other work which uses RED cameras in quite the way he did. John was a genuine innovator and pioneer. 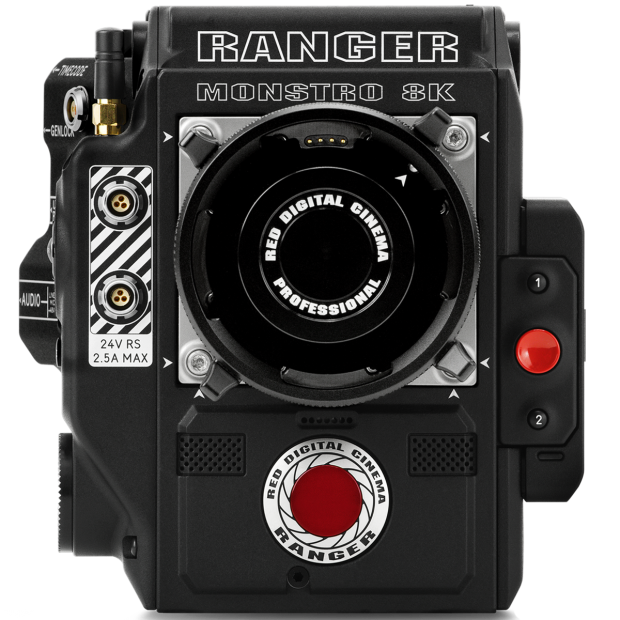 John came to us asking if it was possible to do Motion Control macro (very close-up) camera work on his watches; space was at a premium so our normal rigs were too big.

He needed precise pixel-accurate repeatable movement which we achieved by using the SFH-30 (compact pan/tilt head) and a small model mover being controlled with our award-winning Flair software.

By adding or removing intricate parts of the timepieces during the filming and looking at them in enlarged form in one continuous shot, he achieved something that was not only incredibly beautiful and mesmerizing, but also simply not normally known or visible from the outside to anyone but a master-watchmaker. 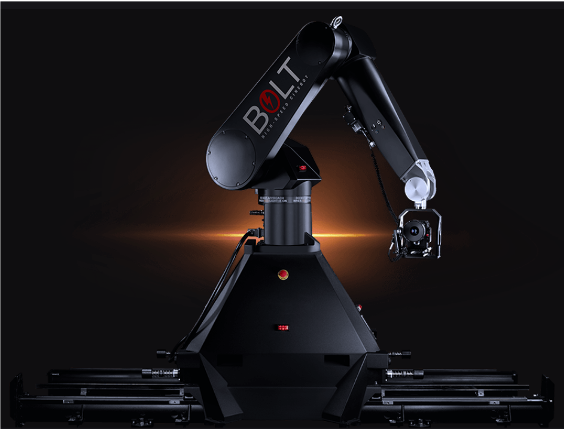 John was a pleasure to work with, always knew what he wanted, and was never short of a great story to tell.

John used an array of our products, including a model 2004 fluid head and tripod as well as adaptors for different purposes. We also manufactured several bespoke brackets to motorise the Slider plates that we supplied for some of John’s most intricate work.

A fluid head tripod provides controlled resistance to motion when moving the camera, so this dampens the motion when panning and allows gentle acceleration and braking so there is no visible judder.

This dampening control also helps when stopping or starting and lets you control the pan drag as well as the tilt pan which gives a satisfyingly smooth motion.

Both John & our engineers were very pleased and proud of the system we produced for him. 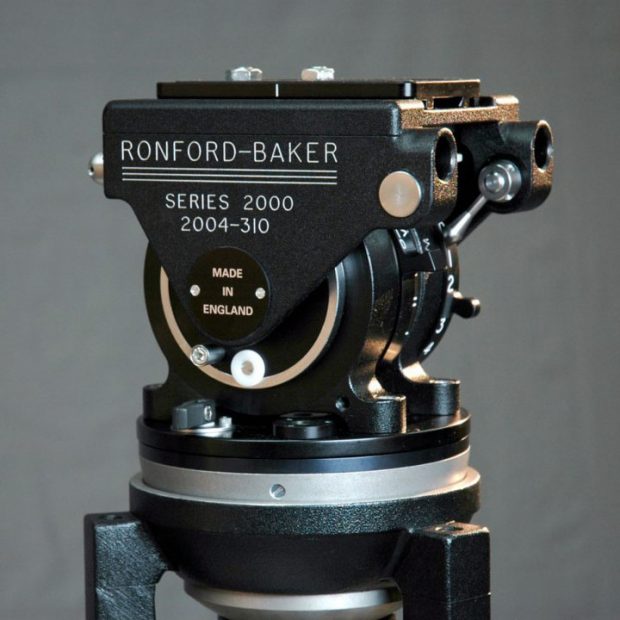