Invented by Thomas Tompion, the tic-tac escapement is distinguished by the small number of teeth covered by its pallets on the escape wheel, typically 1½ to 4½.

When anchor escapements were introduced they significantly improved timekeeping but they were very expensive; the owner of such a clock would often move it from room to room. Although verge clocks were fairly robust and easy to restart if inadvertently stopped, the anchor escapement with a heavy, low amplitude pendulum was less tolerant. It needed to be kept level and could easily be damaged when moved.

The tic-tac looked an ideal compromise, with a short and higher amplitude pendulum like the verge, while still retaining the improved accuracy of the anchor escapement. It could be made from one piece of metal and was therefore cheap to make. But the pendulum proved to have little safety margin and the escapement wore poorly and needed a high degree of maintenance.

It is a recoil escapement, so the entire train is forced backwards momentarily leading to wear and friction as noted on the verge and anchor escapements. It also needs oil on the pallets and does not allow the pendulum or balance to swing freely.

Tompion and Knibb used it on some of their early clocks. It is similar to the drum escapement more widely used in France than in England, though tic-tac escapements are positioned closer to the wheel teeth. 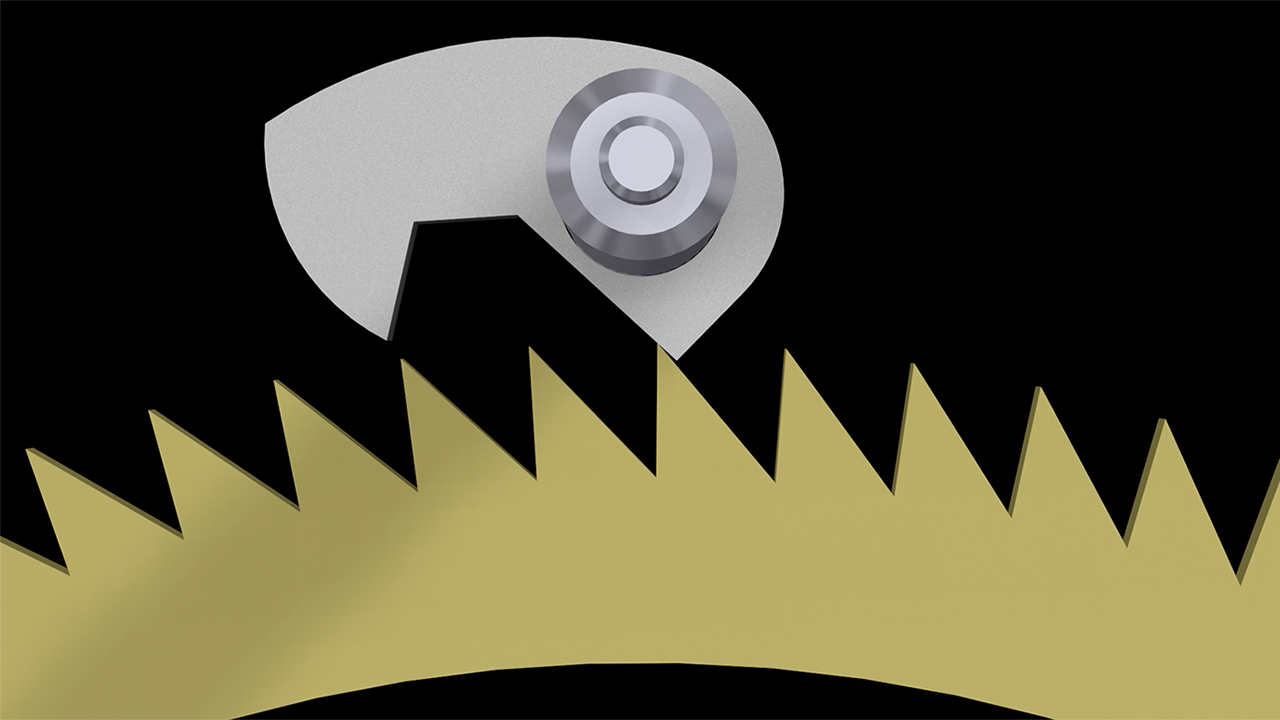